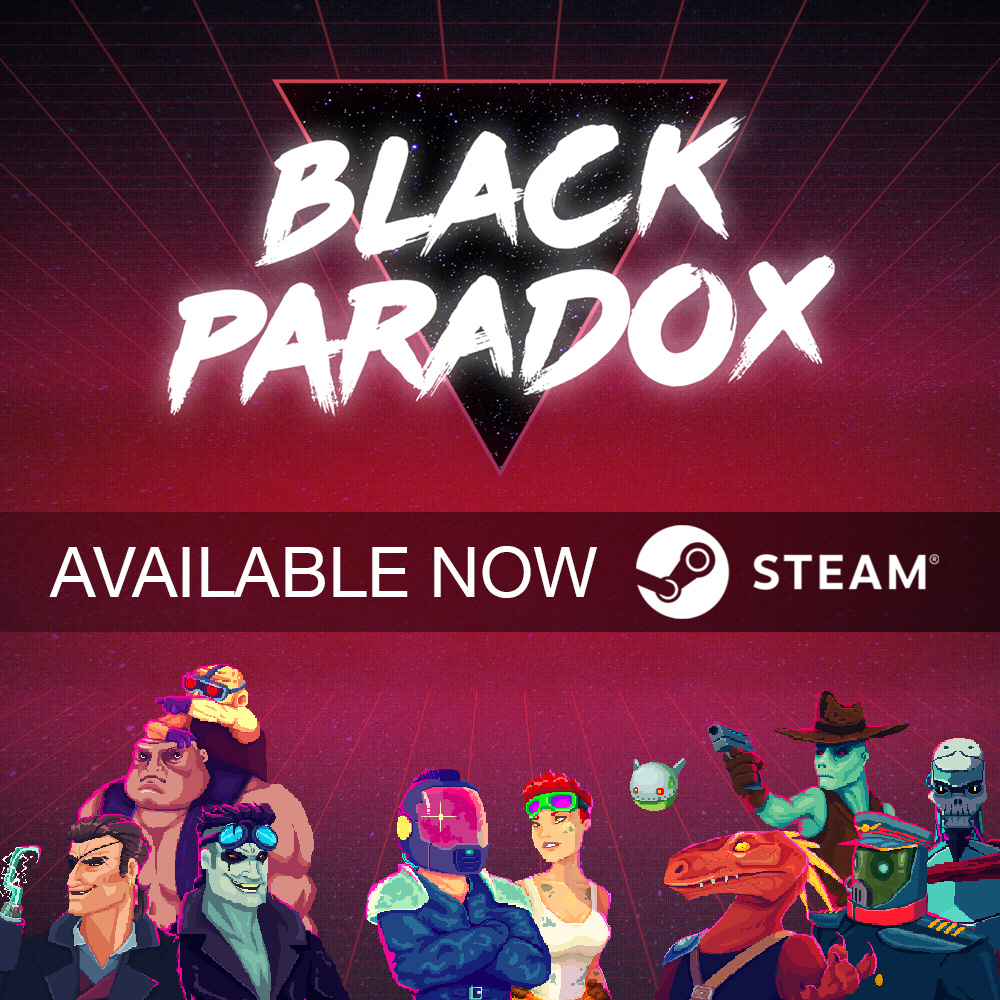 So a few hours ago Black Paradox was finally released on Steam!!!
https://store.steampowered.com/app/858680/Black_Paradox/

Since it's our first time publishing on Steam we made quite a mess with pricing and the news on the community hub :P

At first the game + soundtrack bundle we released was priced lower than the game itself because of a miscalculation D:
Good thing we solved it in a matter of minutes :)
Also when posting the news on the community we had trouble with external link that wouldn't work and had to work quite a bit (while swearing a lot of course) to finally fix it.

But all's well in the end!
So we're hyped to see the first week's results :)