This week we're bringing you 3 new enemy waves, a new weapon, some new cool art and solved a bug in the soundtrack.

Soundtrack
After we added the new track last week, a bug made only the first 2 tracks play... We fixed it now, so you can hear all the old and the new track now!

4 new waves are here to bring you down! A lot of them are laser focused and will be a real obstacle! 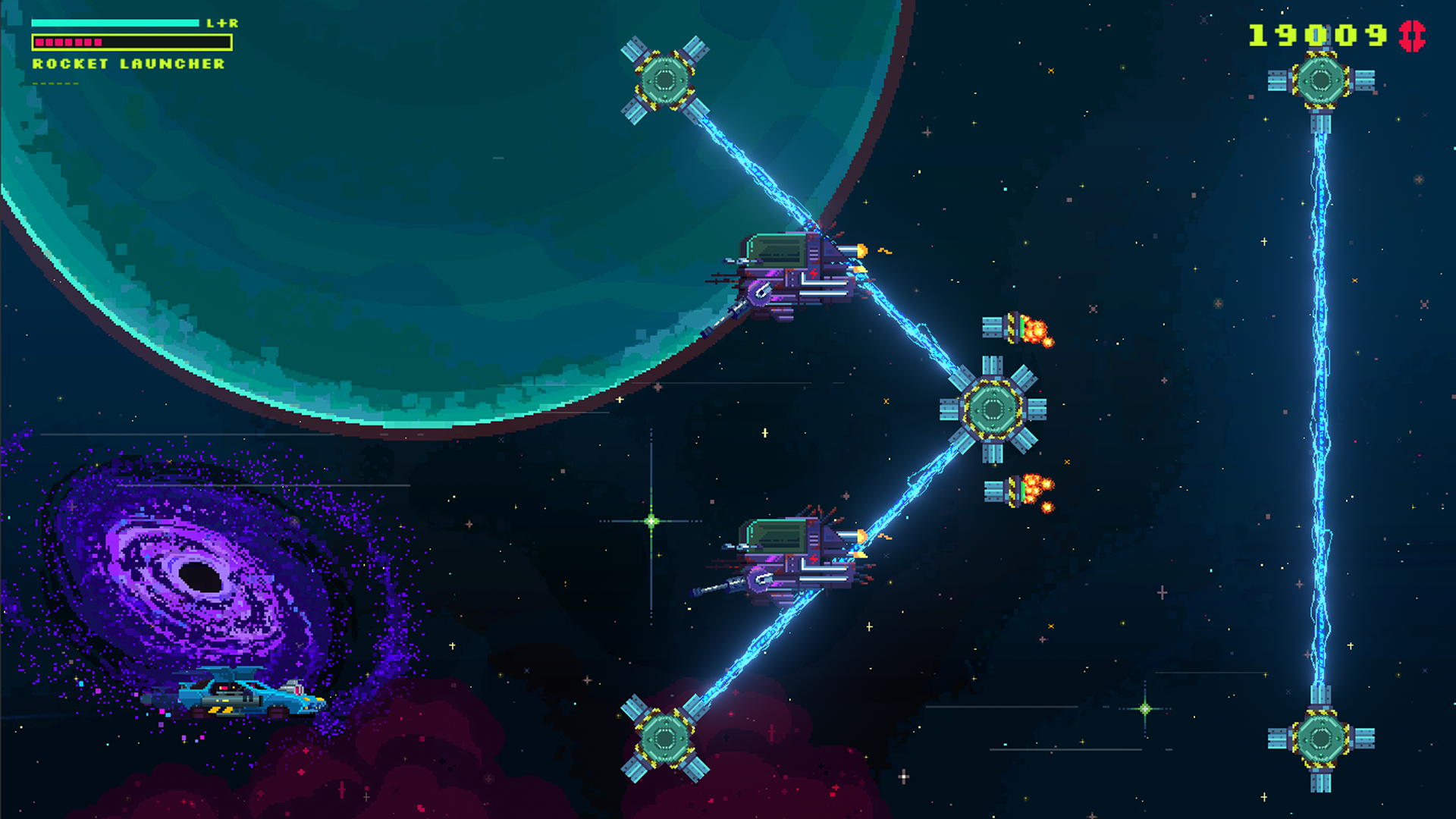 Also we hadn't added a new weapon in a while. So here's a new one for you, the Moroder!

Press/Media
Are you a videogame journalist, a Steam Curator, a Youtuber or a Twitcher and you want to make a review/video of Black Paradox? We have a Distribute() and a Keymailer account! So contact us there!

This update expands the current gameplay with more variety in both the weapon and waves department and we hope it'll increase the fun of the game!
Thanks for reading!