Hi everyone!
The game’s not out yet, tomorrow is finally the great day when Black Paradox sees the light of release, yet there’s already an update?
Well yes.

We received many feedbacks on the game’s demo, and before release we already worked on a few of them.
Also from the release onward we plan to update the game weekly (with some exception like the middle week of August) until we’re out of the Early Access (we’re not gonna stop updating after it, but will do it at a slower pace).
So get ready because the game’s gonna get bigger and cooler as time passes!

The Railgun is a cool weapon. Maybe a bit too powerful….
Today one of our testers was able to reach and almost beat the 4th boss with no Chips using just the Railgun.
We have slightly tweeked the balance and since we were at it improved the visual effect.
Now the Railgun’s bullet is animated and leaves a trail of particles on its path!
How do you like the new look?

A few players said that having the garage only in the home menu would break the flow in the game (going back to home and then to the game).
We were already thinking about it and had postponed it, but with you asking we couldn’t not add the garage in the Game Over menu too right?
So now powering up your car is easier and smoother. Hope you enjoy it! 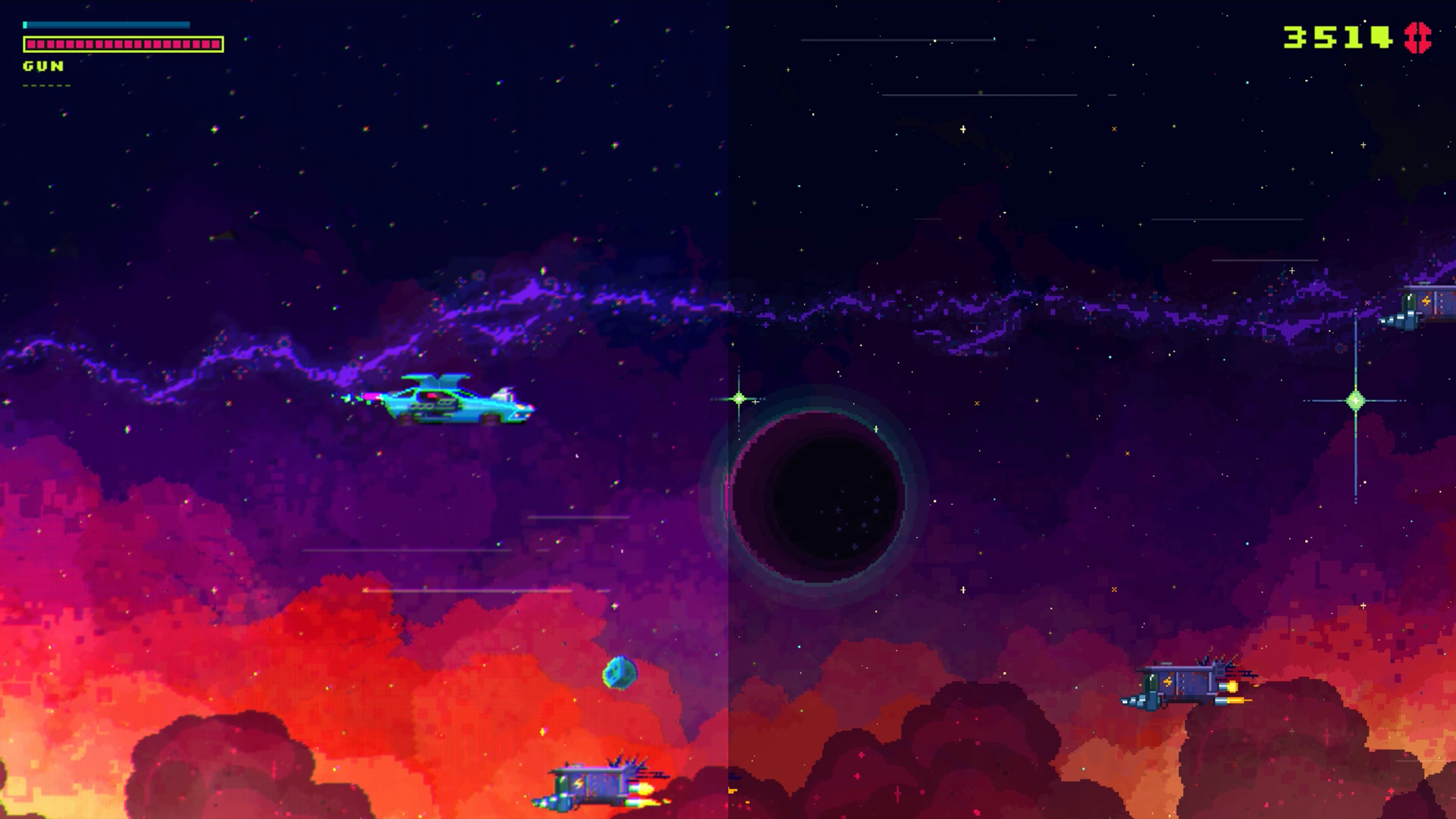 A lot of people loved the VHS effect we added just prior to building the first demo. Some others didn’t as much and preferred the old feel.
Well this update is addressed to those guys!
The menu option now allows you to turn off the VHS effect.
We love it and play test with the effect turned on, but we do understand someone might not find it as appealing.

That’s it for this update.
Hope to hear many feedbacks and post again soon.