We are working at the third world of Landflix Odyssey, Blindevil

Hi Everyone, today we’d like to talk a bit about Landflix’s third world, Blindevil.
Blindevil is a Daredevil parody, added to the game to have an action packed world and to give Larry some marvelous powers. 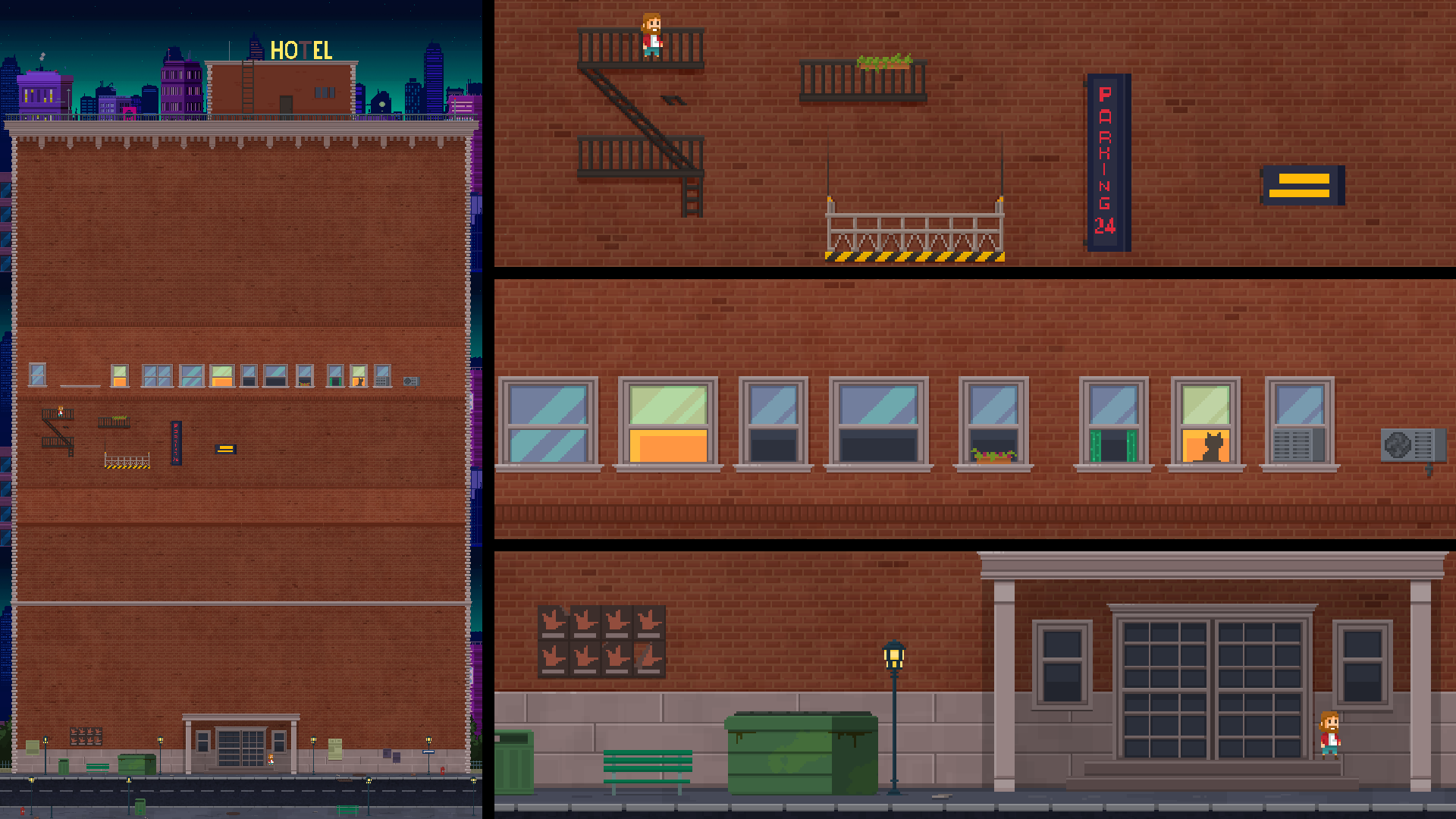 Here are some concepts for the first level. The level will be a vertical scrolling platformer. Larry will have to climb a tall building avoiding many hazards and fighting enemies to get to the top. 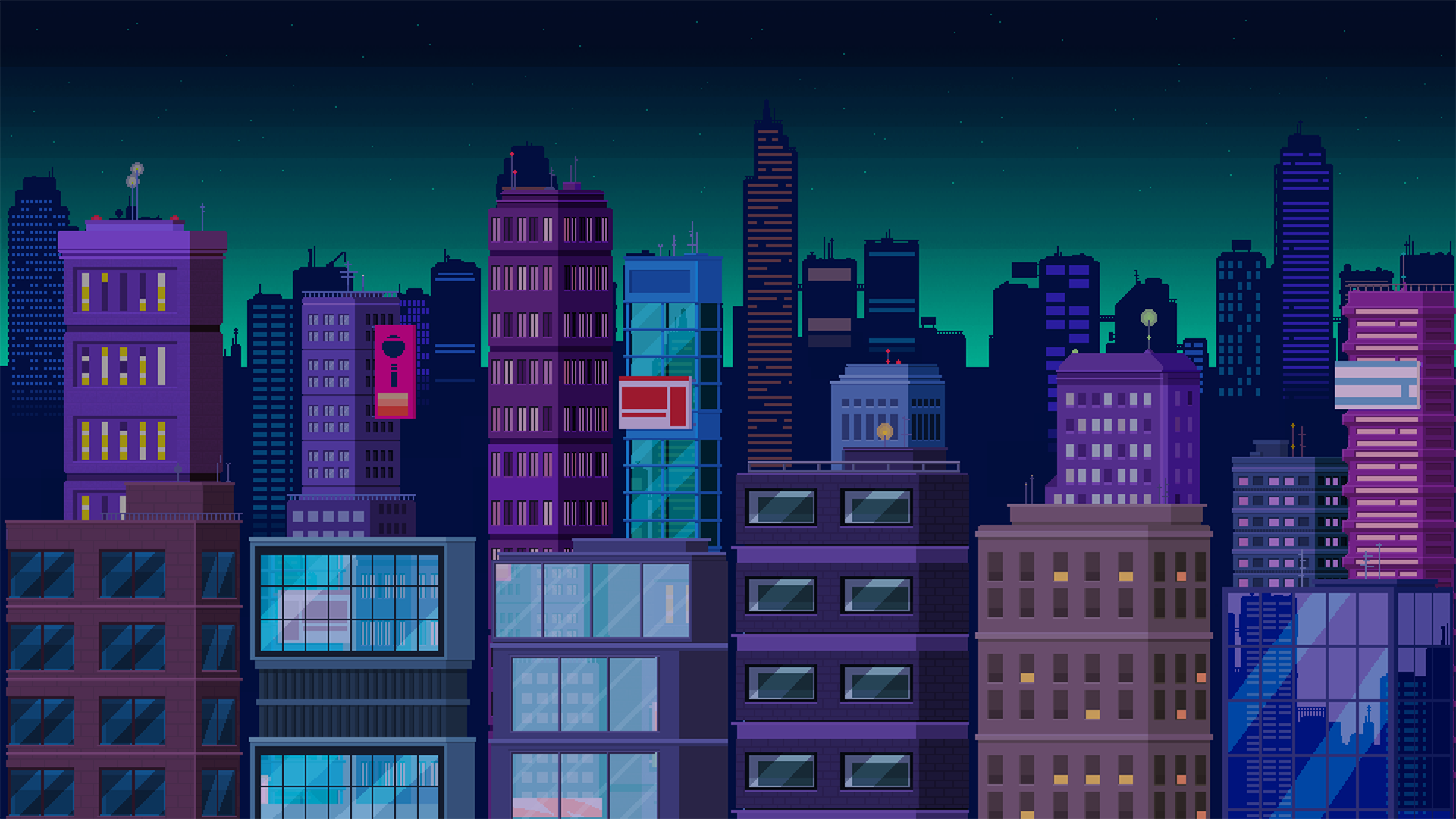 The world’s initial ambientation will be inspired by NYC at night. Here’s one of the backgrounds we’ll use for the levels. 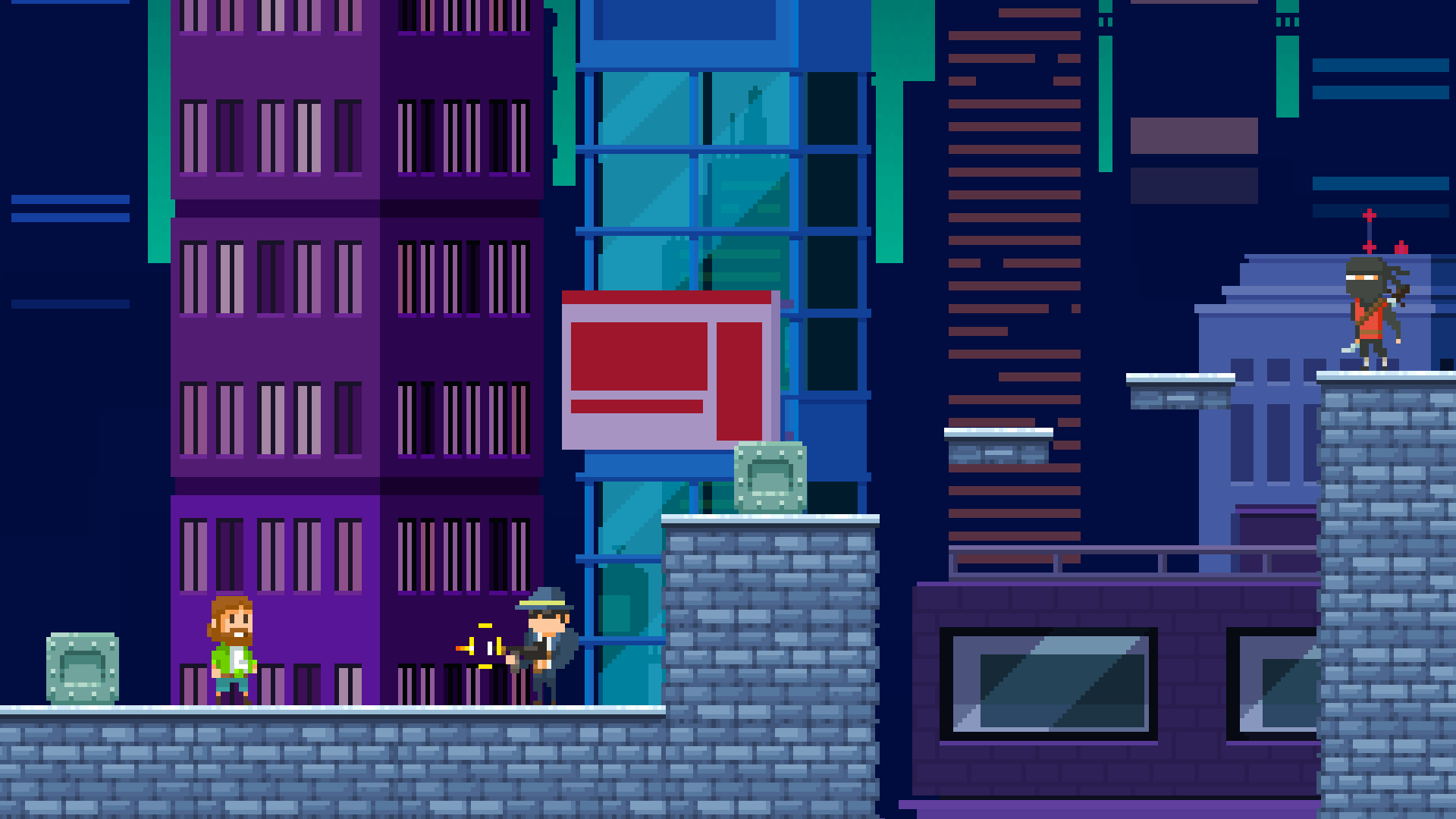 The second level will take place on top of the buildings. Daredevil style, Larry will have to leap through buildings and fight off gangsters. Use of his new skill, the magnetic green belt, will be key to this level.

Gangsters won’t be Larry’s only enemies, He’ll have to fight Ninjas too.

Here’s a gif of some enemies concepts. 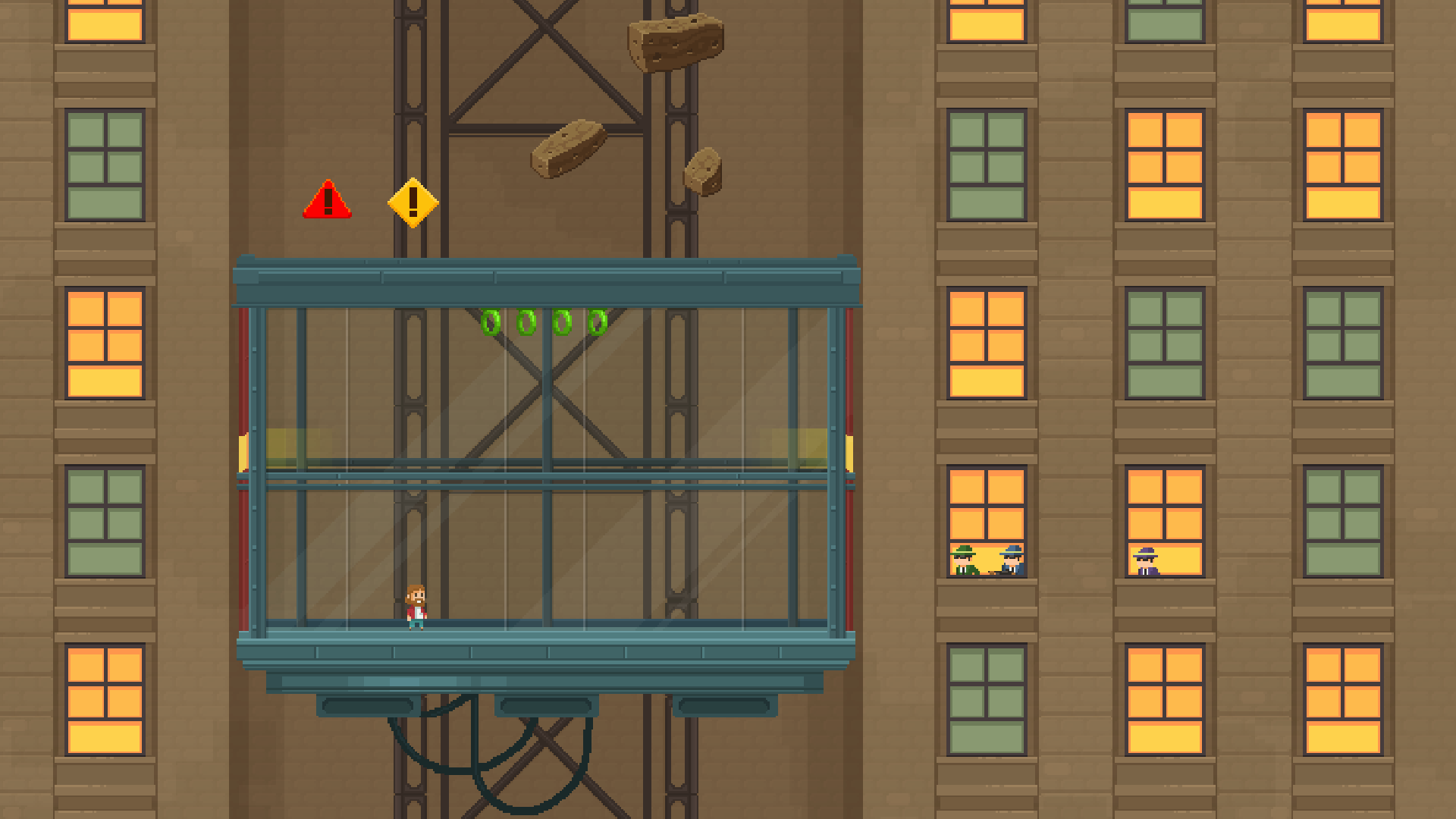 The third level will be an arena like level. Larry will be riding an elevator while gangsters get on at every floor, trying to prevent him from reaching their boss at the top floor.

As Larry reaches the top floor he’ll have to fight Kingpink, the gangster’s boss while the elevator is rapidly falling to the ground.

We’d also like to give a small sneak peek of The world’s last boss. The evil Yubi, leader of a Ninja gang called The Fingers.