We’ve been developing our Game of Thrones parody world for a while. At first we started from some mechanics concepts.

We’ve then finalized our enemy concepts to work with (at first we only had the zombies and one harpy).

We started the development from our first level. Here’s some level design.

One of the mechanics of this world, the petrification, can be used in many ways. One of them is to use it as a defensive move by gaining temporary invincibility. Another one is as an attack. if you petrify midair you can slam the ground, destroying objects and killing enemies. 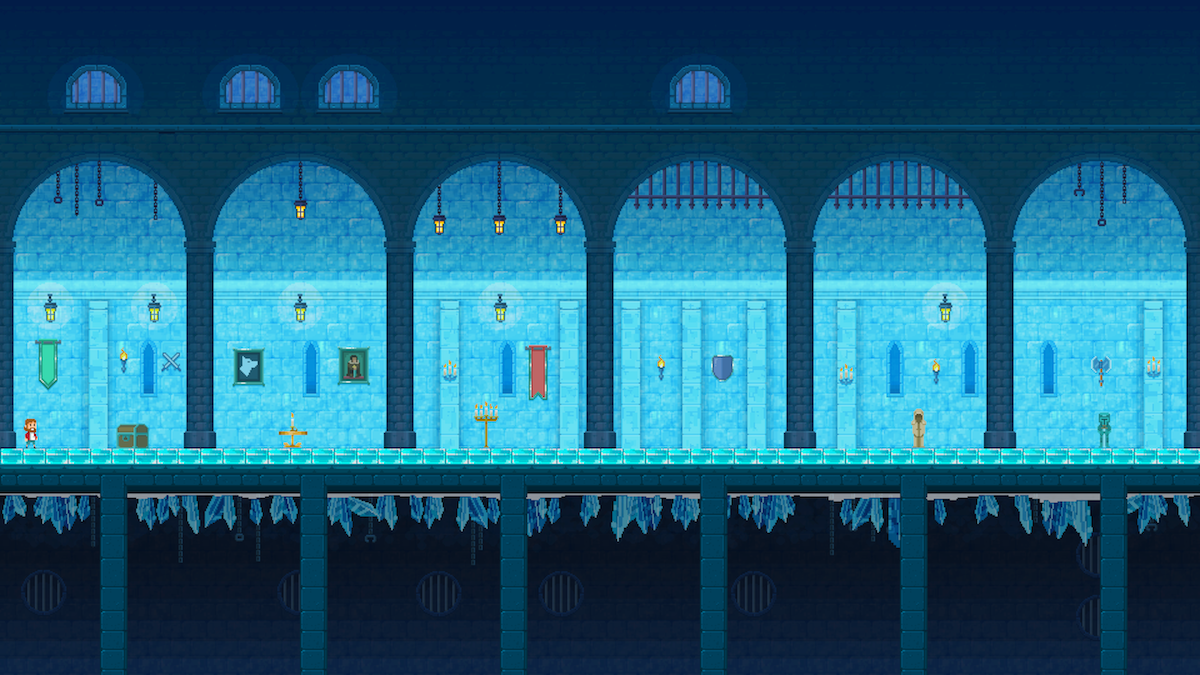 The third level in Elder Thrones, the Ice Castle, will be a metroidvania like level. This here is a background concept our artist made.

The Ice Castle will contain a mid-boss, the Undead King. We’ve already thought up some of his attack patterns!

The fourth level will be a shoot ‘m up. You’ll have to ride a dragon between flying enemies and obstacles to reach the Fire Castle across the sea.

The fifth world will feature a 2 stages boss. First you’ll have to battle the Black Knight, and then the Evil Queen he’s guarding. 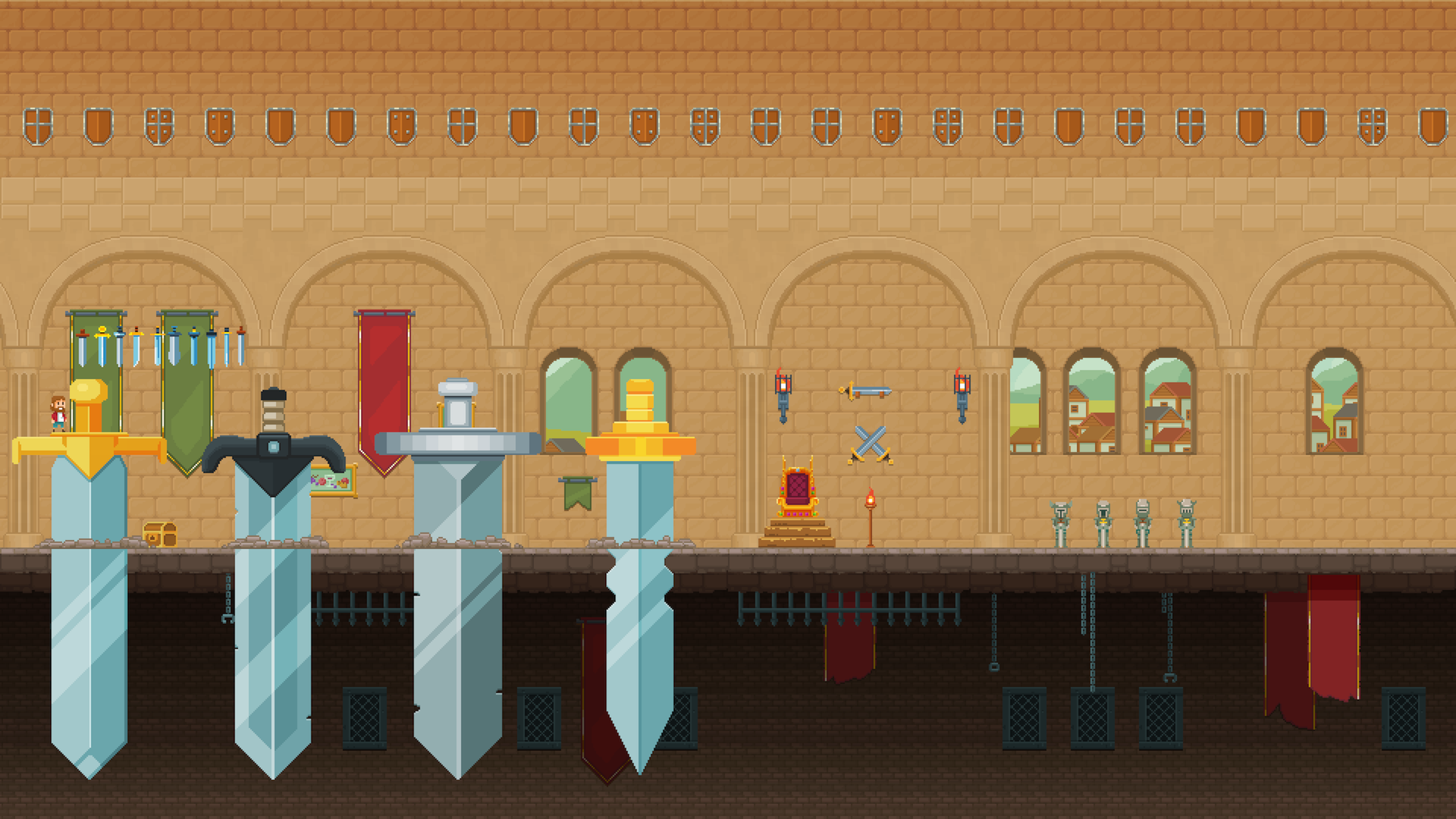 The Boss battle will take place in the Iron Room, a room full of swords, in the Fire Castle.
We’re working on Larry’s Odyssey through Elder Thrones, a Game Of Thrones parody world.