Hi guys, today we want to talk about the tool we used to make the tracks in Hero Express, Unity Sprite Shape.

The tool is really cool and powerfull, although still in beta. It allowed us to take a sprite sheet and create any kind of shape with it while immediatelly adapting the collider.

We had to play around with it a bit before deciding to go with that, but almost immediatelly we realized it was the solution we were searching for to develop this kind of game.

Still there were some problems of course.

First, As we divided the track in blocks there were problems adapting the sprite sheet where the blocks were connecting and some small graphic holes appeared. Took a while to fix those. 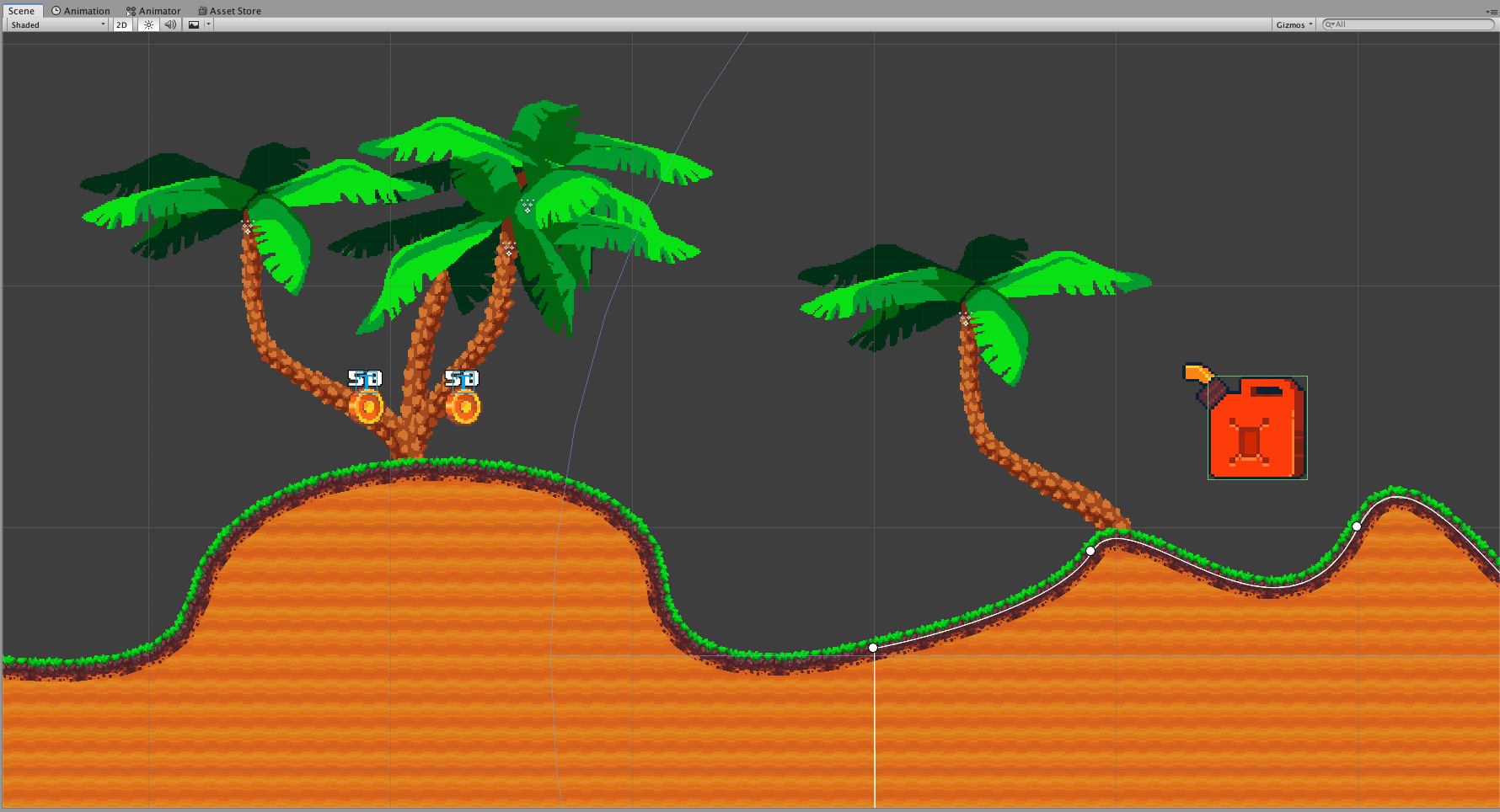 Also where there were sharp corner on the track sometimes the sprite wouldn’t adapt well and holes would appear.
After working a bit around it we finally found a way to avoid both those problems and are pretty satisfied with the final look on the tracks!

There’s only one problem left. Sprite shape doesn’t work on Ps4!!!
The sprite shape object renderer just doesn’t work. We contacted Unity and they didn’t know about the issue. They are working to fix it right now, so fingers crossed!

Has anyone else tried sprite shape? Have you encountered similar problems to ours? let us know!

Great post, how did you work around the sharp corner problem?

We set the corner to automatic and used the previous and following points as sharp too (but following the previously outlined path). With some tweeking it worked in the end :)